DIY Projects at My Sister’s House

So my sister seems to have caught the DIY bug… and since Brigitta never does anything half-baked, I really feel the need to share these with you. Brigitta and her husband have three boys and this year they hand-made all their Valentine’s Day cards. So the first project I want to share with you is unbelievably cute.

The youngest one sent little construction paper hearts with his photo taped to them. On the back it said “I love you to pieces”, and… you guessed it… they were taped to packages of Reese’s Pieces! So cute!

The oldest child, Reney, is in school and he hand–made his cards that he gave out at school. The little spider and bee on the cards are made using thumb-prints, which I just love! 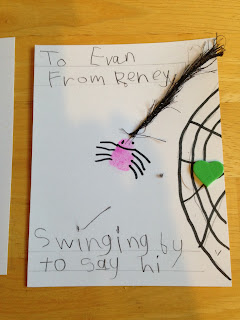 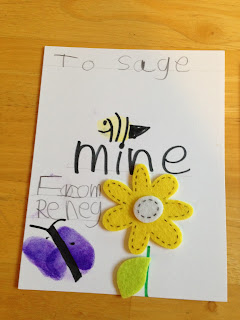 My card from Reney had a sheep on it (because he calls me “Sheep”). He calls Gramma “Pig” and Papa “Goat”, so I don’t mind at all, just for the record. In any case, my card read: “To Sheep (Auntie): I love ewe. Love, Reney”. I swear, that kid is AWESOME. Such a great card! And the legs and head on my sheep were thumb-prints!

The middle one, Enzo, had a special art project for his cards. Some painting of the hands and feet, and some very unique and great cards were made! 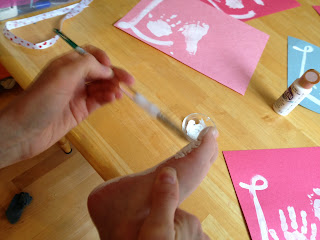 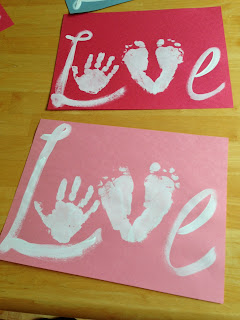 And if all that weren’t crafty enough for you, they decided to go all out for a fundraiser for Reney’s cub scout troop. Each family was responsible for designing and baking a cake. Reney was assigned a medieval theme. So here goes:

I must say, Cake Boss has NOTHING on these guys! Brigitta told me that the boy who got this cake in the auction fundraiser was actually hugging it he was so excited! What more can you ask for, really?